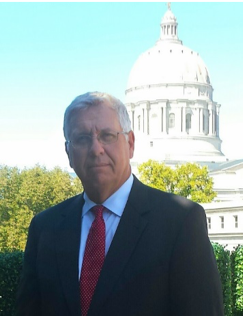 Daryl Duwe has vast political affairs experience, having been around the Missouri Capitol for more than thirty years in a variety of roles.

He spent more than a decade covering the legislature for a state radio network, and another half-decade directly involved in the politics of getting legislators and other officials elected.

In the most recent past decade, Daryl has been driving public policy as a legislative lobbyist.

Daryl joined the St. Louis Apartment Association in October of 2014 to assist them with their legislative efforts. Also, an accomplished political speech writer, Daryl has penned political speeches delivered in Missouri and on the national stage.

Daryl is the author of two fictional novels about politics: Borrowed Time and Half Past Evil. In his spare time, he enjoys annoying the golf gods.

Daryl and his wife, Yolanda Murphy, live in Missouri and Florida.

Is Your Company a Member?

If you are an employee of an SLAA member company, we invite you to set up an online account to:

The members of SLAA invite and encourage you to join our association.

No individual, owner or manager, by himself or herself, could afford to spend the time or money necessary to undertake the services offered by the St. Louis Apartment Association.

Expand your opportunites, invest in your future today.